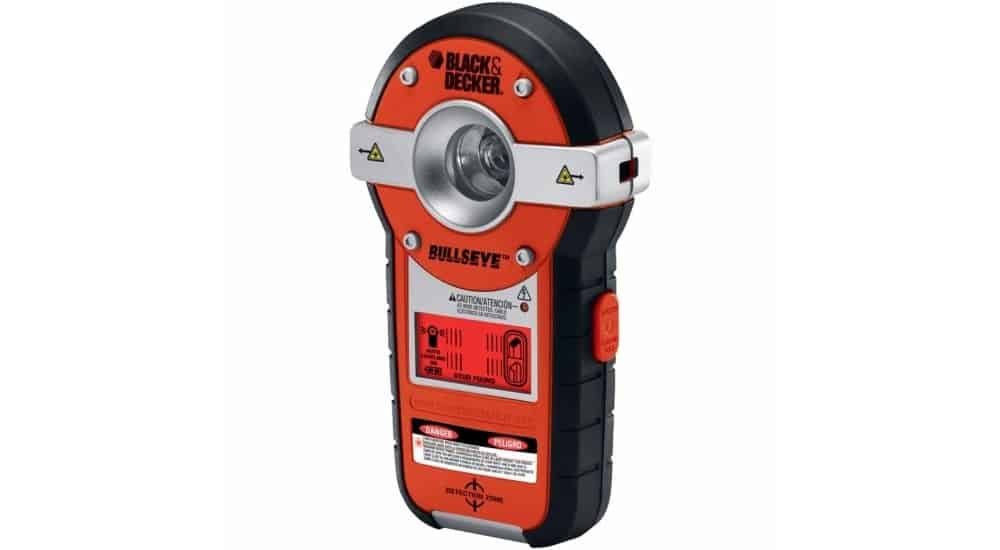 If you are in the construction business or carry out a lot of DIY tasks around your home, then you know how important it can be to have the right tool. In this product review, we will be looking at the Black and Decker BDL190S.

One of the reasons as to why you would want to use a stud finder, is to locate the hidden studs behind the plaster and the drywall. This is so that you can make improvements or hang items on the wall. By locating the exact position and level of these old studs, you should be able to fix your nails and brackets. Total peace of mind is what you want, after all, who wants to have their brand new television come crashing to the floor?

In the end, to gauge it better, you would have to do the levelling yourself which, as stated before, can be quite frustrating. That is why it makes sense to go in for Black & Decker BDL190S Stud Finder as it comes with the added functionality by including a level sensor along with the product as well as a stud sensor.

Why Levelling Is Important With Stud Finders?

When you use a stud finder to locate the hidden studs in the timber, you would probably need to scan the desired area first. Once you have scanned the area, the product in question would indicate the presence of the stud, but so often, you may need to do the levelling on your own to get the location and depth of the stud just right. Thanks to the Black & Decker BDL190S stud sensor, that’s no longer the case. Since you can use the auto-levelling interior line laser tool to clearly mark the position of the studs, so that you can go ahead and decorate your room without any stress. It is vital that you make sure that you use a good stud finder like this product, as it can indicate the presence of studs hidden behind the plaster, along with wires, metal pipes and much more, well before you attempt any makeover.

So, let’s take a closer look at this product.

The Black & Decker BDL190S Stud Sensor stands apart from other stud finders in the market. A major feature of this stud finder, is that it comes built in with an auto-levelling interior line laser tool. In other words, you get all the functionality that you need, with this particular product – one that allows you to check for studs effectively and a laser liner that can help you do all the levelling you need. This should enable you to precisely locate the studs with ease. Essentially this is a combination tool, one that was specifically designed to change your DIY experience for the better.

The Design Of The Black & Decker BDL190S

As mentioned before, the Black + Decker BDL190S Stud Finder, has a compact design. In fact, you can hold the tool in the palm of your hand. Its overall design may seem a little bulky to some, but that’s mainly down to the sophistication of the tool, combining multiple sensors and an LED panel to display images and data.

The Black & Decker BDL190S Stud Finder, is designed to detect metal, wood and wire behind the drywall and plaster. In fact, you need to press the button on the side of the product after which it would beep.

At this point, you would need to place the device flush against the surface of the wall and scan the desired area. If the stud finder does locate a stud, it would beep consistently and then, at this point, you would have to use the laser leveller to clearly mark the studs.  The product comes with a great design and one that makes it easy to grip and position it against the wall.

This tool is remarkably convenient in the sense that it comes with a laser level sensor as well as a stud sensor. Once it has located the hidden stud, you can use the laser to mark the position and the level and plan accordingly.

If you are worried about wall decorations crashing down due to hidden studs, you should be able to take care of that issue with this particular product and its laser level sensor. On the downside, it projects the laser light for around 20 feet. And it also comes with a fan angle of 40 degrees. This may seem like that the Black and Decker tool is rather limited but in reality, you are probably only using this for your DIY work at home, where each room is not wider than 10-15 feet. Given that, this tool would be perfect for all DIY’ers. It may not be able to project cross beams, but on the positive side, it does come with a self-levelling pendulum which should correct the line of sight within moments.

On the whole, if you are looking to handle some DIY work at your home, then this is the tool that you would need. It is just perfect and should enable you to locate all the hidden studs, wires as well as any hidden boards beneath the plaster. With the Black and Decker combination tool, you should be able to assess your room, determine where it is safe to hang the new decorations and fix the new nails into place.

Usually, when it comes to stud finders, you often find the tool containing at most one sensor, but this Black & Decker BDL190S  comes with two which should help you locate hidden studs, wires and pipes with ease.  This is effective to the point that you should be able to even locate all the hidden wires, wood and metal pipes that may have been covered by the drywall and plaster.

If you need a handy stud finder for your residence and to fix and hang some decorations securely, then this is the tool that you would need. It comes with an attractive price range that does not put it way beyond your means and is worth every penny.

As a side note, you may also want to check out our other stud finder reviews as that can provide you with more information as to the effectiveness of this product.

What makes this combination tool user-friendly is the fact that it comes with a detailed manual so that you would know exactly how to use it and how to take care of the same. Granted that it projects light for only 20 feet . That being said, it certainly packs in all the functionality you need and more. 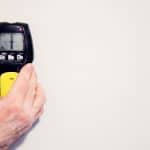 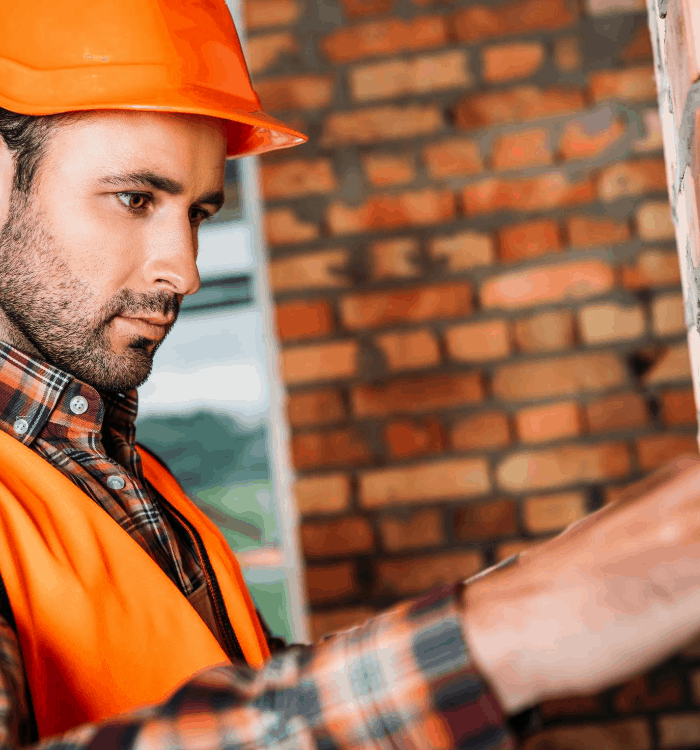 You can count on the Bosch GMS120 to get the job done right every time. It is reliable and can detect many different types of objects. If you have been wondering about this device, consider this review to be better informed and to see find out how well it truly works.   Multi mode detection […] 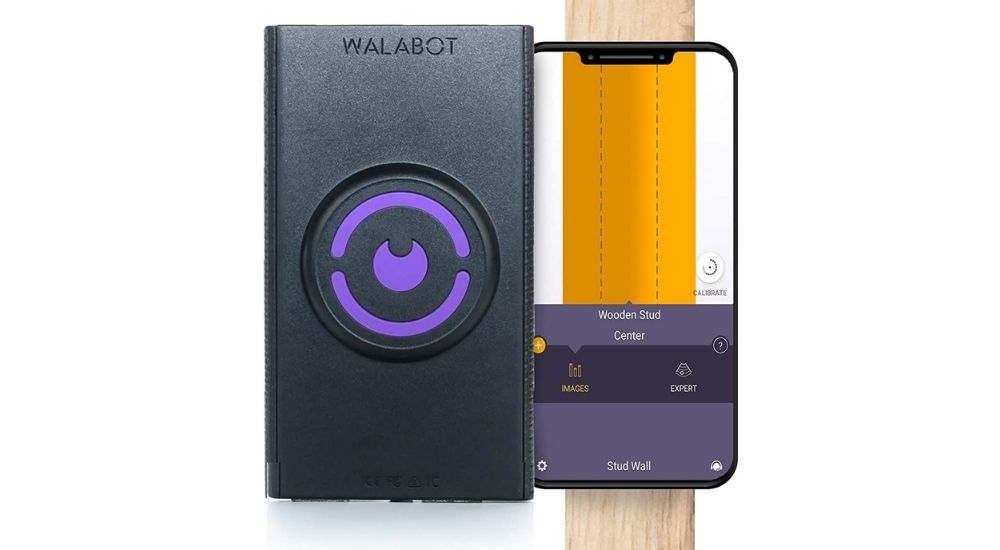 CES is the hub of innovation and in the year 2019, it brought one of the most innovative products for homes known as the Walabot DIY Plus. This product is a cutting edge wall scanner capable of finding pipes and wires hidden behind the wall. [amazon box=”B06Y29NXKK”] With Walabot you can now easily look for […]